The roles involved in the query are as follows:

The entire query sequence is as follows, here it does not matter whether it is executed on Broker or Storage, just an entire query process:

The entire query process is completed asynchronously and works in an asynchronous Task way, that is, Task A only does one thing, the result of Task A may be the Input of Task B, but Task B It will not wait for the arrival of the result of Task A, but Trigger Task B in the way of Event, and finally complete the execution of a query Pipeline.

It should be noted here that the system will not open several Goroutine to complete a request, but complete it in different Goroutine Pool, all Task have no return value, and Event Driver way of processing.

Let's take an example to illustrate. For example, Scan Goroutine Pool only performs Scan operation, instead of starting a Goroutine Scan data, waiting for the next Task result and returning it to the upper Task for merging, In this way, each Goroutine will still have waiting behavior during the whole processing process, but the result of Scan is directly sent to the next Task, and the data is merged with a special Task to complete, the advantage of this is the Scan Goroutine After completing a Scanoperation, you can do the nextScan` operation, which can make full use of system resources.

Try to use Streaming to complete the entire query process to reduce the GC pressure caused by unnecessary object creation, and also Pool some reusable and high-frequency objects to improve memory. usage rate.

According to different query conditions, you can Plan the following types of execution plans: 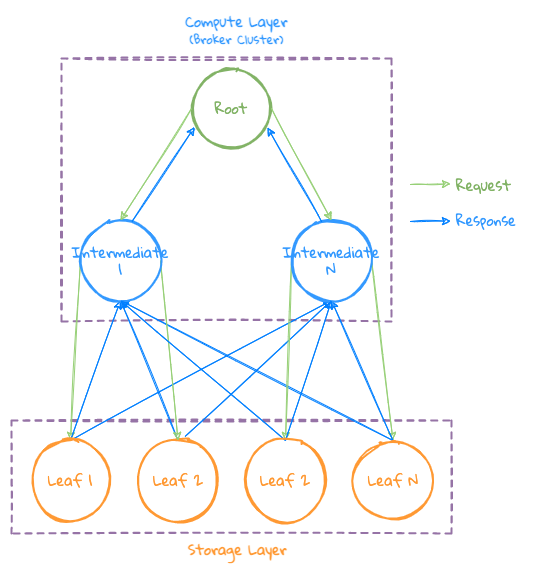 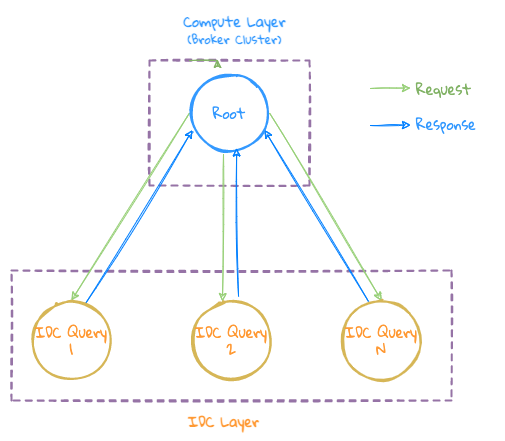